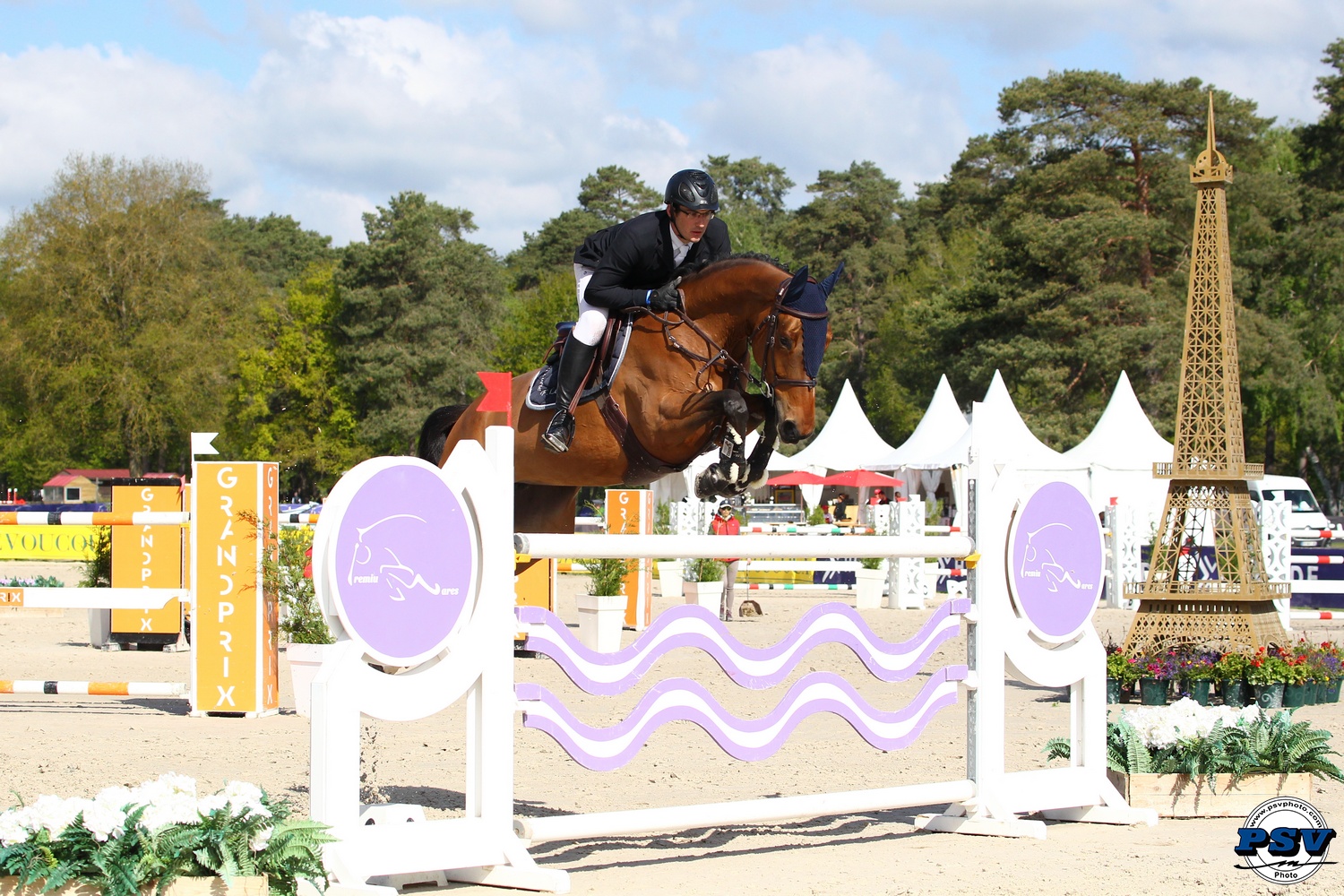 The first stage of the PremiuMares Challenges of Young Horses took place during GRANDPRIX CLASSIC Spring Break. These challenges aim to reward the young horses of 6 and 7 years old who have achieved the best performances at the end of GRANDPRIX CLASSIC Spring Break, Summer Tour and LONGINES DEAUVILLE CLASSIC (only for 7 years old horses). The points awarded to each horse are calculated according to the coefficient of each class: 1.5 for Friday and 2 for the Grand Prix.

Djin Tonic St Jean takes the lead in the 6-year-old ranking
Ridden by French rider Teddy Thellier, Djin Tonic St Jean (Rituel St Jean x Corland) performed well throughout the weekend: not a single fence down for the young Bay in the three Young Horses CSIs on Thursday, Friday and Saturday. By finishing third on the podium twice on Friday and Saturday’s Grand Prix, Teddy Thellier scored 337.5 points for the Challenge. He thus places his mare at the head of the podium at the end of GRANDPRIX CLASSIC Spring Break. At the second place in this provisional ranking there is Amar des Brimbelles Z. The chestnut  ridden by Severin Sigaud finished in fifth place in Saturday’s Grand Prix. 270 points were therefore accumulated by Severin Sigaud. Finally, in third place in the PremiuMares Challenge for 6 years old at the end of GRANDPRIX CLASSIC Spring Break, it was Dirka de Blondel, ridden by Faustine Laffererie, who distinguished herself this weekend. Her sixth place on Friday and fifth place on Saturday earned her a total of 258.8 points.

On the 7-year-old side, Aristotle from Toultia Z has the best performances
Richard Breul is at the top of the provisional ranking of the 7-year-old Challenge with Aristotle from Toultia Z (Arko x Eros Platiere). Arriving in fifth place on Friday and with a strong third place on Sunday’s Grand Prix podium, Richard scored 322.5 points at the end of GRANDPRIX CLASSIC Spring Break. Not far behind, Missy Vd Vosberg is second in this provisional ranking with 277.5 points. Ridden by Edouard le Boux, the young horse performed very well this weekend, winning the CSI YH Grand Prix for 7 years old. Finally, with 270 points, Confidence d’Ass, daughter of Diamant de Semilly, presented by Teddy Thellier, took third place in this provisional 7 years old PremiuMares Challenge.

See you in July at GRANDPRIX CLASSIC Summer Tour to know more about these PremiuMares Challenges for Young Horses! There will be another opportunity for the 7 years old to stand out with the LONGINES DEAUVILLE CLASSIC in August.