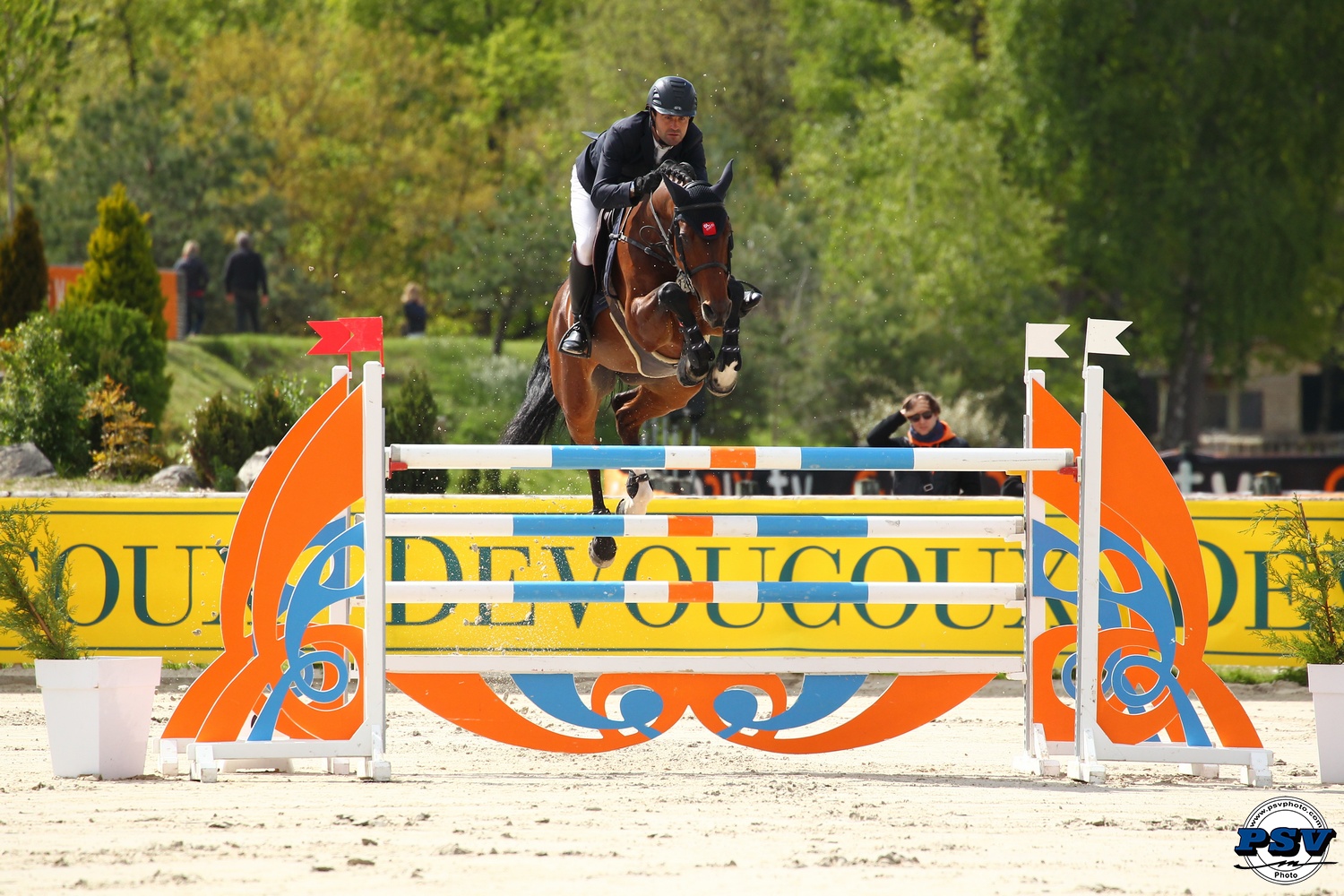 Olivier Perreau, who had caused such a sensation in mid-March at the Saut Hermès in Paris, has just won the Grand Prix 2* by Egide, at the end of the GRANDPRIX Classic Spring Break 2019 edition. Riding his faithful Dolce Deceuninck, the rider has toasted the priority of young Raphaël Goehrs, in the saddle over the well known Radieuse de Landey, and David Jobertie, associated with Un Diamant d’Azif.

Launched at 2:30 pm, the 2* Grand Prix of the second and last week of the 2019 edition of the GRANDPRIX Classic Spring Break in Fontainebleau delivered some great sport this afternoon. Under a sunshine fortunately back for this last day of competition, Olivier Perreau has once again made a name for himself by brilliantly taking over the class, sponsored by Egide. Two months after its resounding victory in a 1.60m class at the Saut Hermès in Paris, and its triumph in the Gorla Minore 4* Grand Prix at the beginning of April, the rider continued its harvest of this early outdoor season. At the helm of Dolce Deceuninck, his faithful ten-year-old daughter from Toulon, the winner completed a perfect barrage in 36″50! Super review for Olivier Perreau, whose participation in GRANDPRIX Classic was used as preparation for the CSI 4* in Bourg-en-Bresse, which will take place in two weeks, and the CSIO 3* in Lisbon next month.

Olivier Perreau has thus burned the priority to Raphaël Goehrs, who is well on his way to winning. The young rider from the Eurojump teams, leaning on his amazing and excellent Radieuse de Landey, passed the finish cell three tenths of a second late. The couple, who had signed an impeccable first set, seems to be progressing well. David Jobertie took third place on the podium with Un Diamant d’Azif, a French Saddle son of the famous Diamant de Semilly, who shone so brightly on this equestrian arena in Fontainebleau. The pair signed a nice clear-round in 37″69, allowing them to beat Alix Ragot and Coco Rico, who already won the major event on Friday afternoon.

A PERFECT ONE FOR CEDRIC LONGIS, THE COURSE DESIGNER!
If there is one performance to be noted today, it is also that of the course designer Cédric Longis, who has done a tremendous amount of construction work! As proof, out of the 69 starters, 13 went off the arena without any penalty. Also, the clock was tremendously well adjusted, eight riders having paid the price, including Guillaume Batillat with Classic Addiction, Maelle Martin on Kosmo van hof Ter Boone, or the complete Stanislas de Zuchowicz Cne and Valco de Riverland.