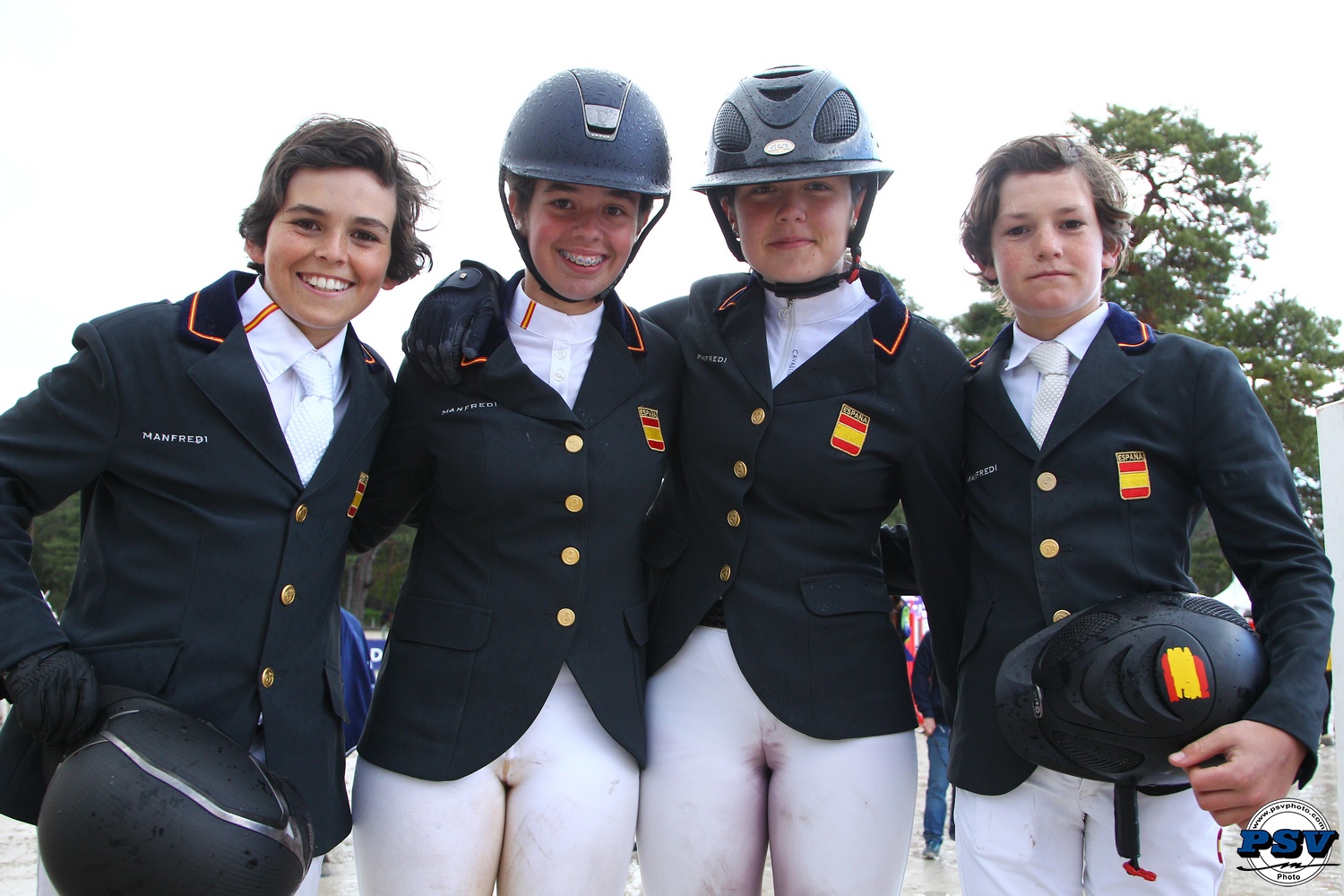 While Spain had a complicated start to the weekend, with the Young Riders in particular finishing last Friday, their younger riders managed to win the Children’s Nations Cup with some ease. In second place, the Netherlands also performed well, with only three of them taking the lead. Germany and France shared third place.

The Children’s Nations Cup presented by Horse Pilot was easily won by the Spanish nation, even if they were followed all along by the Dutch, whose rigorous riding has borne fruit. Germany and France shared third place.

The first round of this Nations Cup created many problems for young drivers between the ages of twelve and fourteen. Indeed, some riders had difficulties with the triple installed in the middle of the course, but also with the last double which was not far from the gate. The route imagined by Gregory Bodo and time therefore played an important role during this event. Thus, two riders were eliminated, due to two refusals for Svetlana Bigeon, and a fall for Kasper de Boeck. Irish rider Timmy Brennan had to retire in the first set after a series of bars fell on his horse Herbst Acapella. Others also left the track with tears in their eyes, like Sophie Schmidt in the saddle on Al Capone who almost found herself out of her saddle when she passed the last double of the course. For others, on the contrary, the journey has been relatively simple. This is the case of the Dutch team, which saw its three riders take only one time point over. Maëlle Noizat, on the French side, simply impressed by flying over the obstacles on her mare Vitamine de Boissy. His compatriot Tuscan Carloni Richard in the saddle on the pretty Ambre d’Ermisserie has also made an exceptional journey of fluidity.

A SECOND RUN FROM ORANGE TO RED

While the three Dutchmen may seem difficult to beat, due to the fluidity of their courses, the second set was difficult for Liesje Vrolijk with her KWPN Hailey Fairy, who were penalised by nine points. As a result, a boulevard was opened for the Spanish, an opportunity they were able to seize! Exploits even more impressive than this was the first Nations Cup for most of the team members. Jaime Fernandez Rey, Olivia Álvarez García, Cristina Massó Gea and Emilio Garcia-Torres Solano managed to take first place, one point ahead of the Netherlands, notably penalized by outdated time points.

Third place had to be shared between two nations that are used to competing against each other. Germany ended up tied with France. The Mannschaft was able to count on an excellent Julius Bleser who, with his magnificent stallion Al Paolo, achieved a one-point run and then a clear run. France, meanwhile, kept afloat despite Louise Sadran’s two eight-point courses and her powerful Feldrose 9, which seemed particularly difficult to remember today. But thanks to Maëlle Noizat and her explosive bay mare, France was able to boast of being the only nation to achieve a double zero.
“This Nations Cup went very well. The mare was very tall and also had a very good training. Although she has a strong character, she is very frank and always wants to do well,” the young Frenchwoman analyzed with emotion. Enough to inaugurate good things for the future!

All the results here